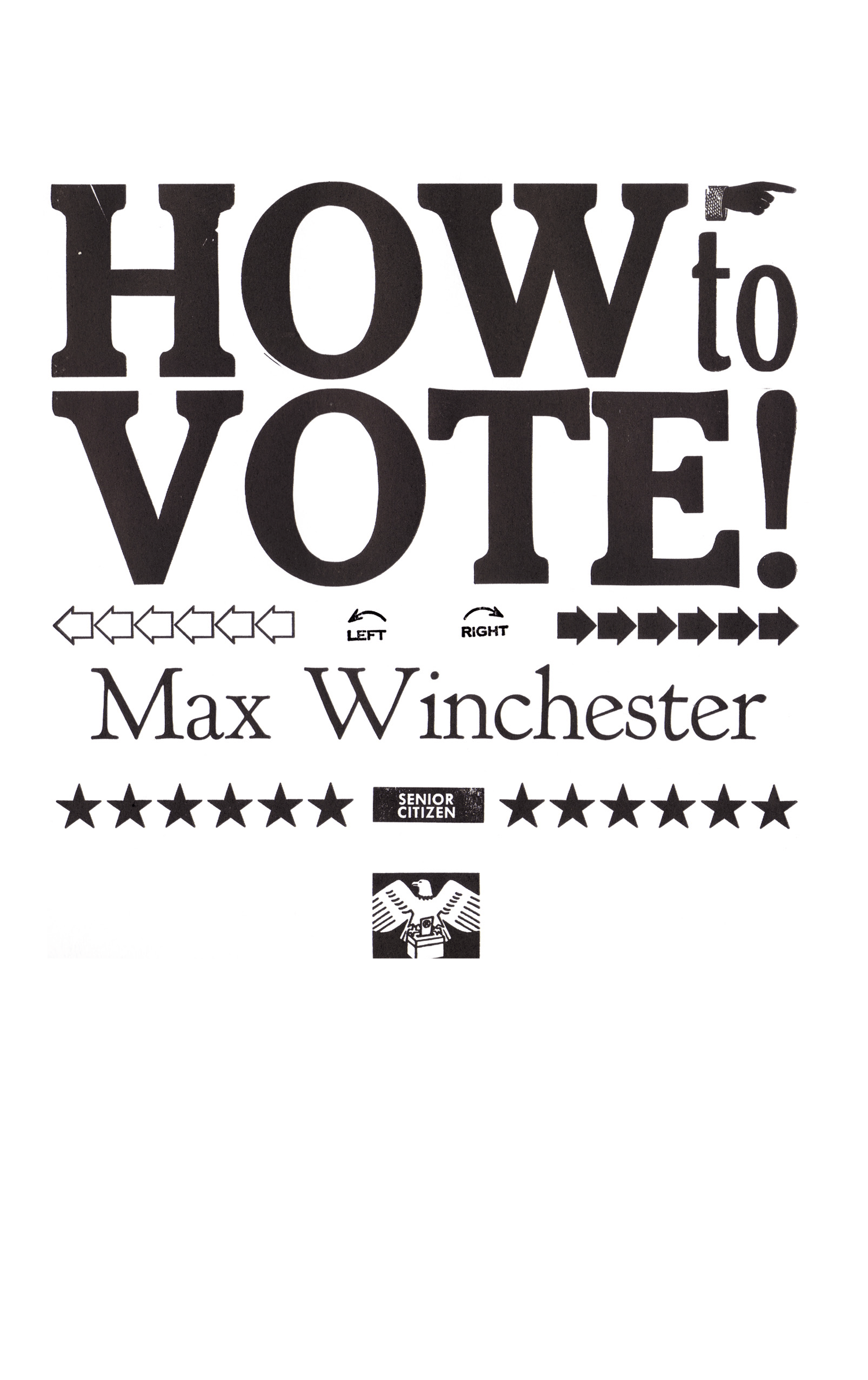 How to Vote, by Max Winchester

Given that the expectations the title sets up are pretty low as to what excitement the text holds, the splurge of obscenity and absurdity within the covers, it can be said, meets none of those expectations, least of all by offering any credible help on how to vote, whether that means choosing the candidate or how to drag yourself to the polls to experience the dreary process of voting purely in the hope of putting down an incumbent who should be in jail already. Will this heroic effort to drive an anchor into the sheer rock wall of justice ascend to the next toehold, the summit obscured in streaming clouds that look like white hair? Read it and see.

Max Winchester (1951-2011) was a poet whose influence can be found throughout American letters. One of the founding members of the literary arts collective Brickwall Circle, Winchester was a winner of the American Poetry Board’s Younger Poet Prize. In the 1970s, he changed his focus from poetry for the page to performance poetry, sharing stages with the likes of Lou Reed, the Sex Pistols, and Captain Beefheart. He also performed in a controversial multimedia piece by Himmler Linz Kestral Kraktow written especially for him. He served as managing editor of the alternative newsmagazine Globe, and wrote the unpublished book-length poem Sphere. He devoted much of his later life to teaching poetry to prisoners in Washington State. How to Vote was found among his manuscripts, and is believed to be one of the last works he completed before his death.